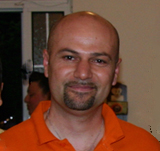 I created this site in order to present  some of my work in Astronomy. I am involved with Astronomy and in any related action. I consider as very important the continuous  Observing -Collaborating and spreading the beauty of Astronomy to the wide public. My involvement with Astronomy started when I was a young boy. Unfortunately only when I reached the age of 26 I got my first telescope.But since then I haven’t stop observing the Universe in any possible way.
In 2003 we established the Hellenic Amateur Astronomy Association(HAAA) along with other fellow amateur astronomers. One of the main goals of HAAA is to spread to the Greek community the mentality and the methods of observational amateur astronomy (according to the standards of similar associations outside Greece). This is done also to produce scientifically useful results for astronomy. More (on these) can be found in HAAA's site at http://www.hellas-astro.gr (mostly in Greek). From 2010 until early 2012 I had the honour to be the president of the HAAA.


I started observing Variable stars and Comets but gradually the observation of Planets became my main interst. For  my most significant published  work please visit:  http://kardasis.weebly.com/publications.html

some more about me can be found in this interview by Christophe Pellier:
http://www.planetary-astronomy-and-imaging.com/en/interview-manos-kardasis/

I own and use two observatories in Glyfada-Athens,GR : a) "Dimitra Observatory" equipped with a C14 telescope mainly for high-res planetary observations and b) "Pelagia-Eleni Observatory" equipped with a C11 and an ED80 telescopes for observing  low-res planets, exoplanets, eclipses, occultations of stars by asteroids, variable star photometry etc. Both my observatories  host Outreach events and researchers interested in Astronomy. 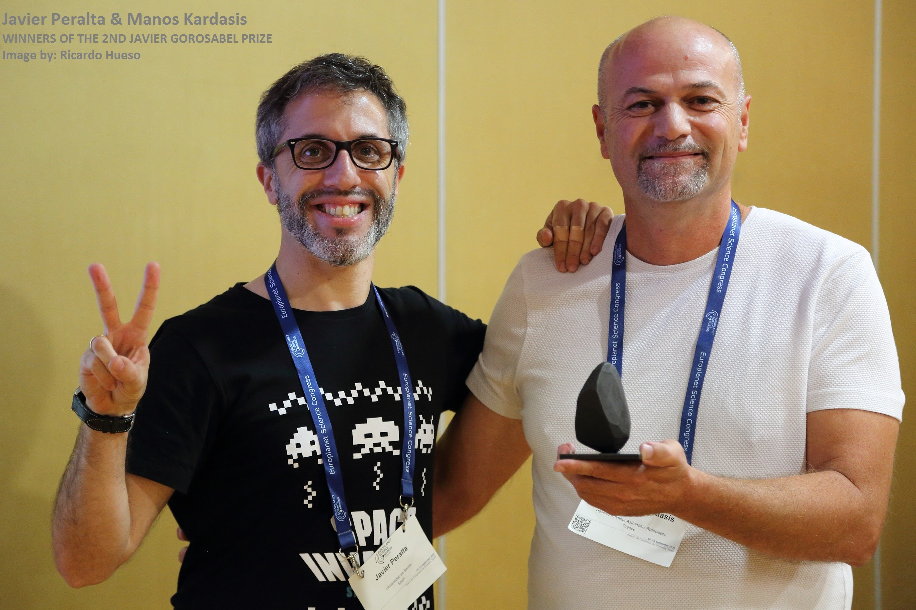 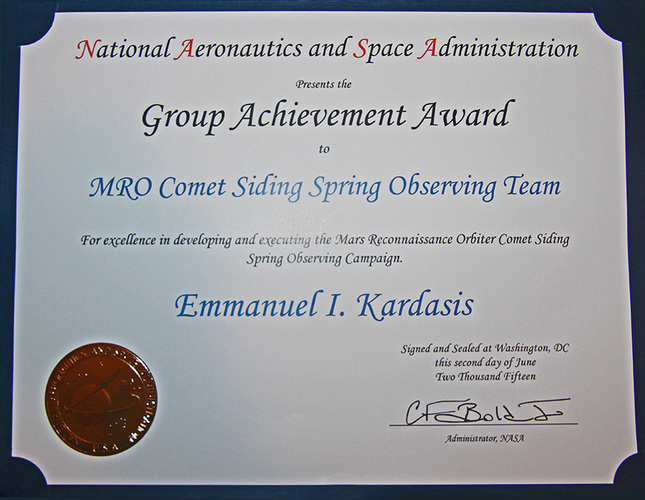 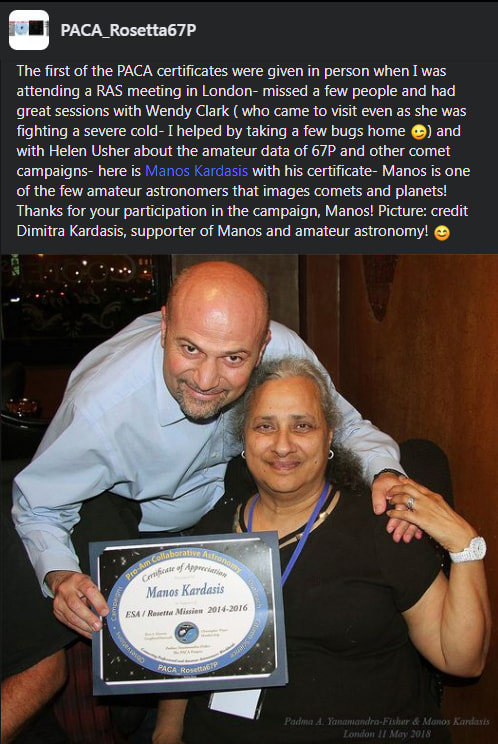 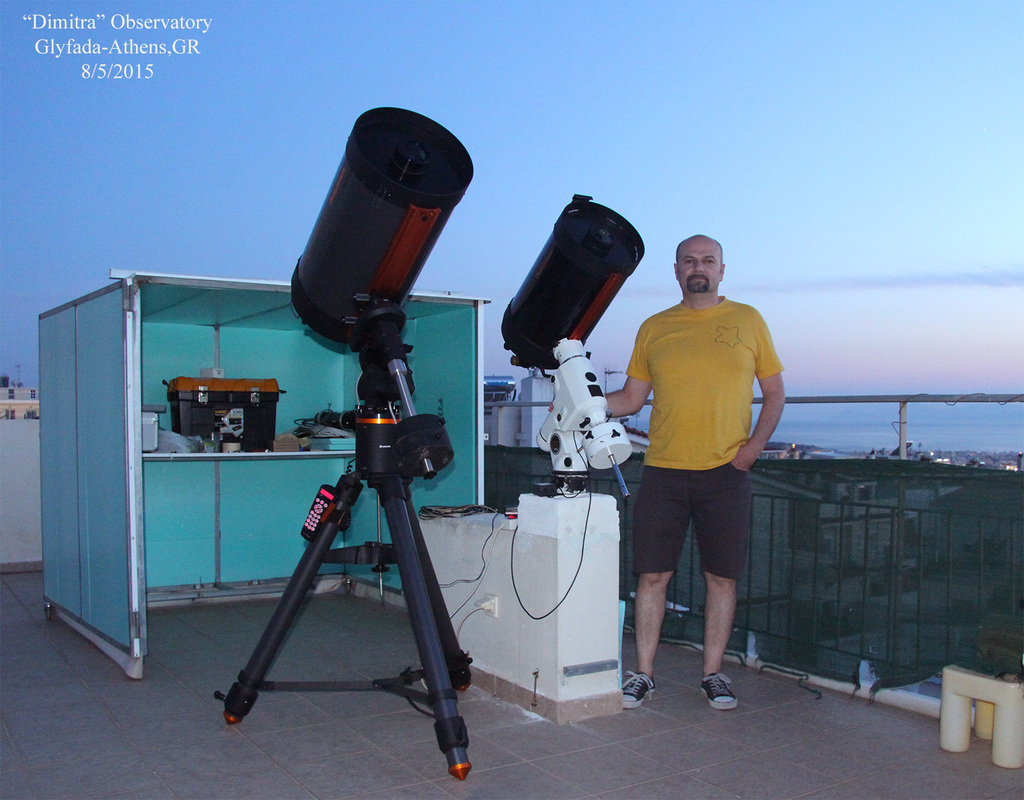 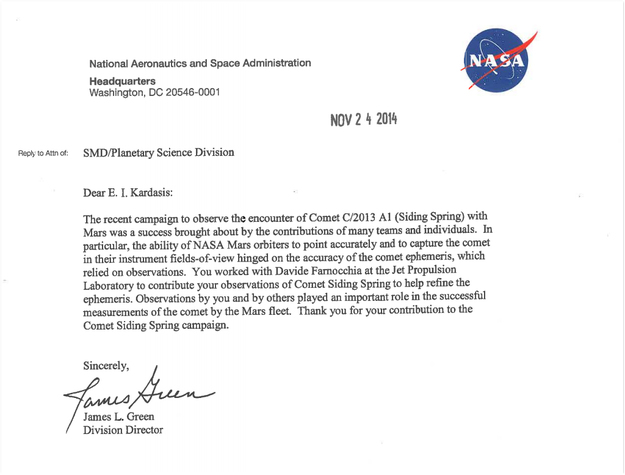 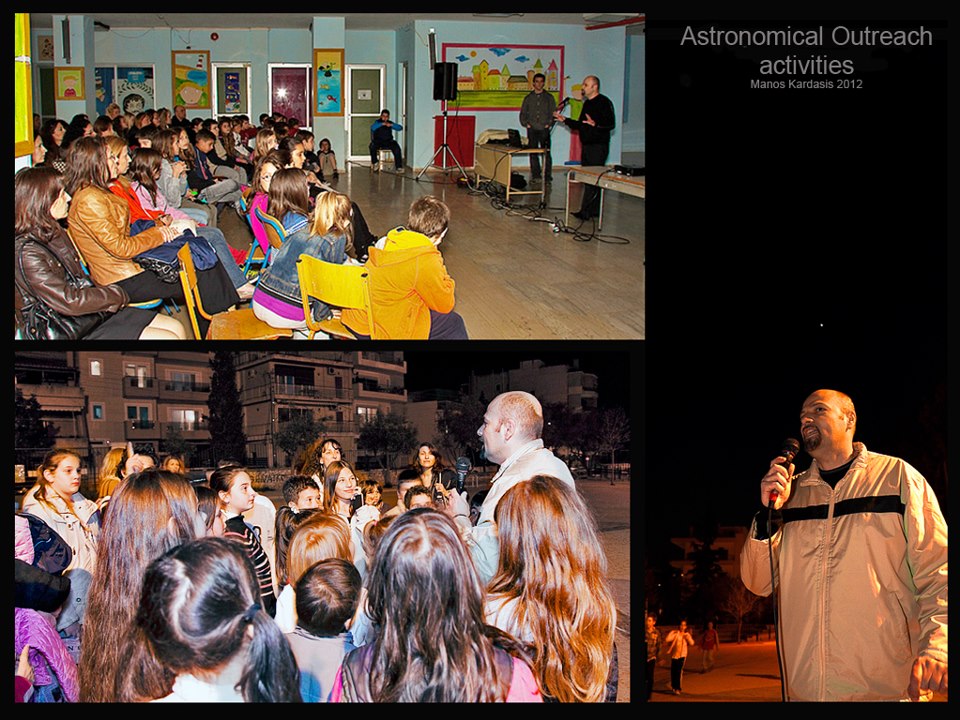 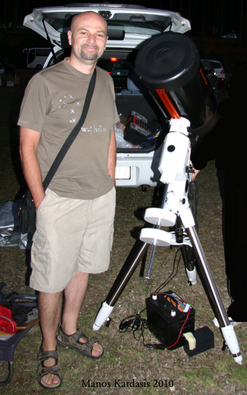 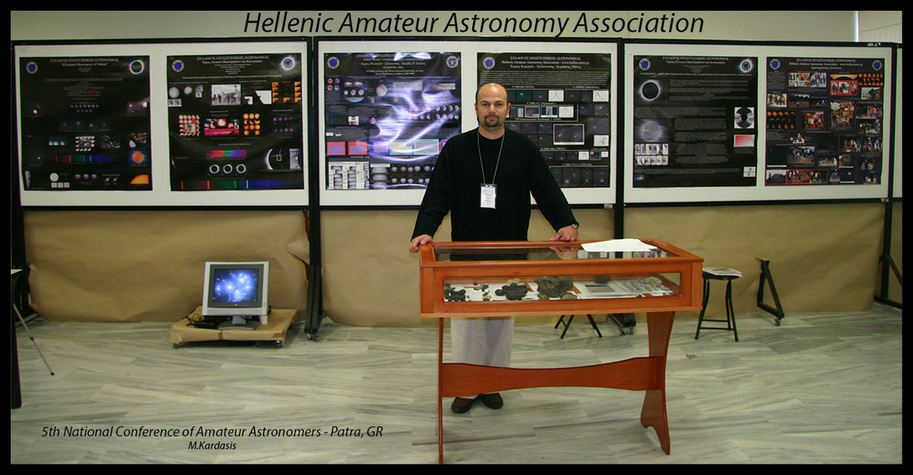