Littlefield C. et al.(including Kardasis, E). 2019, “The Rise and Fall of a King: The Correlation between FO Aquarii’s Low States and the White Dwarf ’s Spin Evolution", The Astrophysical Journal

with a Press Release from the EPSC PR Office AMATEUR ASTRONOMER PHOTOGRAPHS THE SURFACE OF GANYMEDE:    http://europlanetmediacentre.eu/    which afterwards published in many sites around the world.

Rogers,J. 2020, "New colour map and reports from seventy years ago", Contributing in the creation of the oldest Colour Map of Jupiter from film images.available at:  https://www.britastro.org/node/23868

McKim,R., 2020, "New Planetary Photos from Old Negatives: the Legacy of E.C. Slipher", The Lowell Observer. Issue 119, Summer 2020, Contributing in the creation of the oldest Colour obs of Jupiter from film images,  available at: https://lowell.edu/wp-content/uploads/2020/12/Lowell-Observer-Issue-119-web.pdf?fbclid=IwAR1bUdHPSPNt6_b-Hjhxe-G8EQ-9m2kGbrxaCG1j7VIMQb--rzmCD-Cn3Kg

as a member of IOPW team:

Karpouzas K,2015, "An eclipsing binary system with a possible transiting companion on an S-type orbit", Diploma thesis- Aristotle University of Thessaloniki,Faculty of Science,Department of Physics,Section of Astrophysics, Astronomy and Mechanics, Laboratory of Astronomy,
available at : http://ikee.lib.auth.gr/record/273027/files/Karpouzas_Diploma_Thesis.pdf 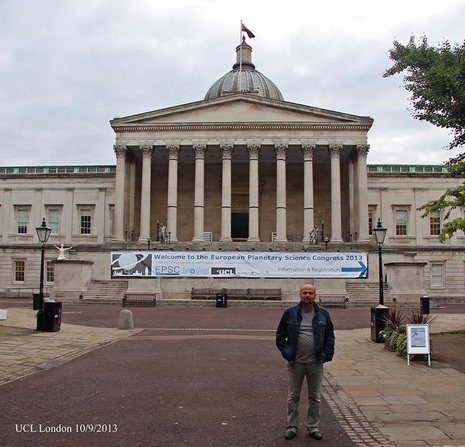 
Nominated for the Europlanet prize of 2013 by the professional astronomer Padma Yanamandra-Fischer, and supported by the astronomers  E. Chatzichristou, A. Christou  and  J. Rogers.

Αwarded in the 101st Sping Meeting of AAVSO for  contribution to Variable Star Observing :

Christophe Pellier is Vice-President of the Commission of planetary observations of the French astronomical society, and  editorialist of the Communications in Mars Observations review,and a dedicated planetary imager with more than 10 years of practice.

you may find the interview here: